Growing up in rural America you find yourself aware of the self-sufficiency of your neighbors. Especially as the dog days of summer weighing into the vivid days of autumn, the need to dry, freeze and can, becomes as evident as the seasonal changes.

Food preservation is a sign of independence, preparation and for some freedom. I like knowing where my food has come from, what is on it and how it has been handled; as you already know I’m a bit of a health nut and object to wasting my money on poor quality foods ladened with chemicals. But what is the best food preservation method? Well there are countless resources out there from your grandmother to the local extension agent. And there are more than a few ideas that make even me shake my head. Let’s put it this way – If your using your dishwasher to can fruits, STOP IT.

Preservation of food permeated every culture at nearly every moment in time. To survive ancient man had to harness nature. In frozen climates he froze seal meat on the ice. In tropical climates he dried foods in the sun. In moderate climates he smoke cured meats over a fire.

And the FDA says we have no Innate Right to select our food…. But I regress.

Food by its nature begins to spoil the moment it is harvested. Food preservation enabled ancient man to live in one place and form communities, and cultures. Each culture preserved their local food sources using the same basic methods of food preservation. Middle East and oriental cultures actively dried foods as early as 12,000 B.C. in the hot sun.

The Romans were particularly fond of any dried fruit they could make. In the Middle Ages purposely built “still houses” were created to dry fruits, vegetables and herbs in areas that did not have enough strong sunlight for drying. A fire was used to create the heat needed to dry foods and in some cases smoking them as well.

Preservation with honey or sugar was commonplace in the earliest cultures. In ancient Greece quince was mixed with honey, dried somewhat and packed tightly into jars. The Romans improved on the method by cooking the quince and honey producing a solid texture. Whalla jam! The same fervor of trading with India and the Orient that brought pickled foods to Europe brought sugar cane, housewives learned to make preserves—heating the fruit with sugar.

The earliest curing was actually dehydration. Early cultures used salt to desiccate foods. Salting was common and even culinary by choosing raw salts from different sources (rock salt, sea salt, spiced salt, etc.). In the 1800’s it was discovered certain sources of salt gave meat a red color instead of the usual unappetizing grey. In this mixture of salts were nitrites (saltpeter). As the microbiology of Clostridium botulinum was reviled in the 1920’s nitrites were found to inhibit this organism. The FDA does not approve the curing of foods with table salt – that is why your favorite jerky or lunch meat contains sodium nitrates and nitrites.

Fermentation not only preserves foods, it creates more nutritious, palatable foods from less than desirable ingredients. Microorganisms responsible for fermentations produce vitamins as they ferment. The skill of ancient peoples to observe, harness, and encourage these fermentations are admirable and humbling – they had an ability to reason and simply believe, we seem to have lost. Anthropologists believe mankind settled from nomadic wanderers into farmers to grow barley for the making of beer in 10,000 BC.

Any geographic area that had freezing temperatures for even part of a year made use of the temperature to preserve foods. Less than freezing temperatures were used to prolong storage times. Cellars, caves and cool streams were put to good use for that purpose. In America communities built icehouses to store ice and food on ice. Soon the “icehouse” became an “icebox”. In the 1800’s mechanical refrigeration was invented and quickly put to use. In the late 1800’s Clarence Birdseye discovered quick freezing at very low temperatures made for better tasting meats and vegetables. (Freezing preserves the most nutrients in foods as well as enzymes.)

Canning is a process were foods placed in jars or cans is heated to a temperature that destroys microorganisms and inactivates enzymes. (remember no enzymes no life, canning is the least beneficial method for nutrient content – but one of two method available to use without electricity) This heating and later cooling forms a vacuum seal. The vacuum seal prevents other microorganisms from recontaminating the food.

Canning is the newest of the food preservations methods pioneered in the 1790s by French confectioner, Nicolas Appert, he discovered the application of heat to food in sealed glass bottles preserved the food from deterioration. In 1806 Appert’s principles were successfully trialed by the French Navy on a wide range of foods including meat, vegetables, fruit and even milk. Englishman, Peter Durand, used tin cans successfully in 1810.

In 1864, Louis Pasteur discovered the relationship between microorganisms and food spoilage/illness , it become clear that preservation involved not only the elimination of air but the destruction of micro-organisms’. Just prior to Pasteur’s discovery, Raymond Chevalier-Appert patented the pressure retort (canner) in 1851, allowing canning at temperatures higher than 212ºF. It was the 1920’s before the significance of this food preservation method and Clostridium botulinum were understood.

To Your Good Health and Independent Preservation

Mc Govern, P. The Origins and Ancient History of Wine at the University of Pennsylvania Museum of Archaeology. Available at http://www.upenn.edu/museum/Wine/wineintro.html. Accessed 2002 Feb 12.

Shephard, S. 2001. Pickled, Potted, and Canned: How the Art and Science of Food Preserving Changed the World. Simon & Schuster. 366pp. 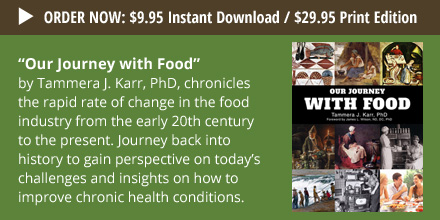